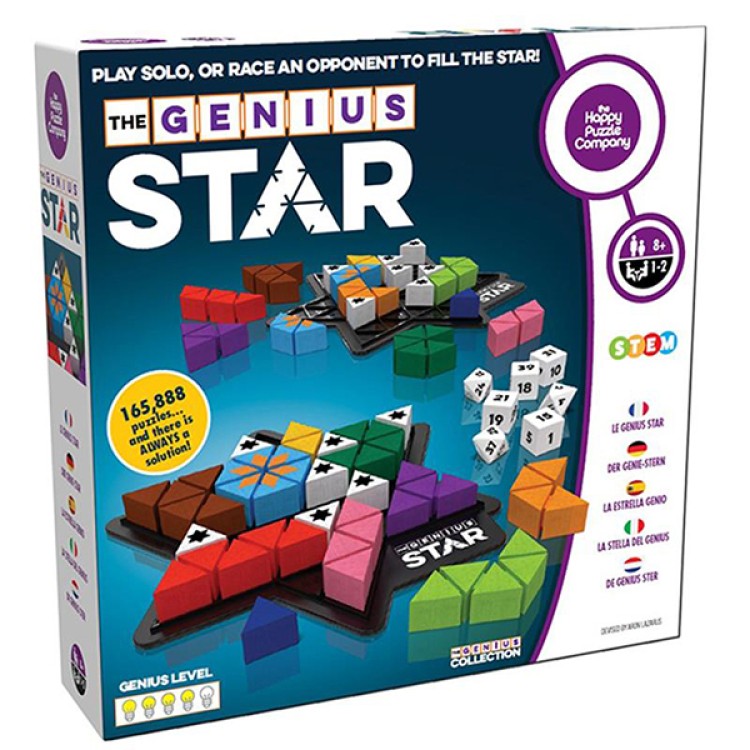 Play solo, or race an opponent to fill the star!

The aim of each of the 165,888 possible puzzles is to complete the star using the eleven coloured shapes, once the seven ‘blockers’ have been positioned. There may be times when it seems impossible, but there will ALWAYS be at least one solution... and that’s why it’s called The Genius Star!

Roll the seven dice and place a ‘blocker’ piece into the triangle matching the seven numbers that appear on the faces. Now race your opponent to fill every other space on the grid using the 11 shapes.

If you have previously played the now legendary Genius Square, you will find The Genius Star’s puzzles to be significantly more testing! 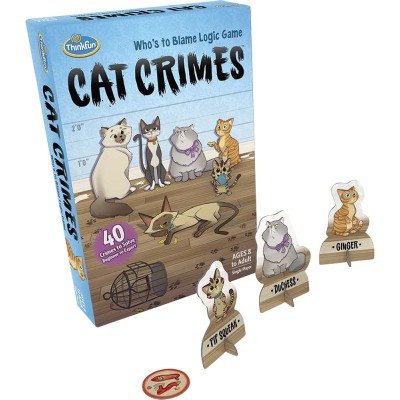 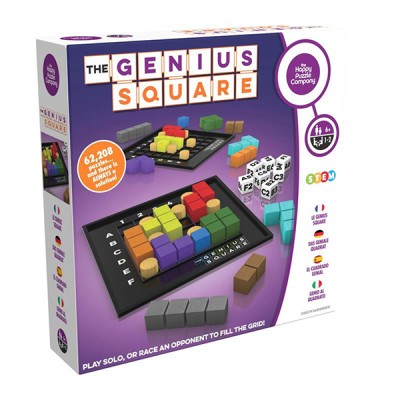 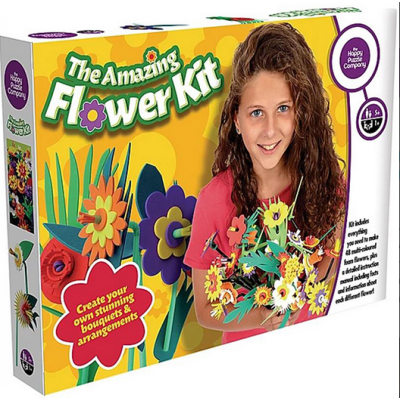