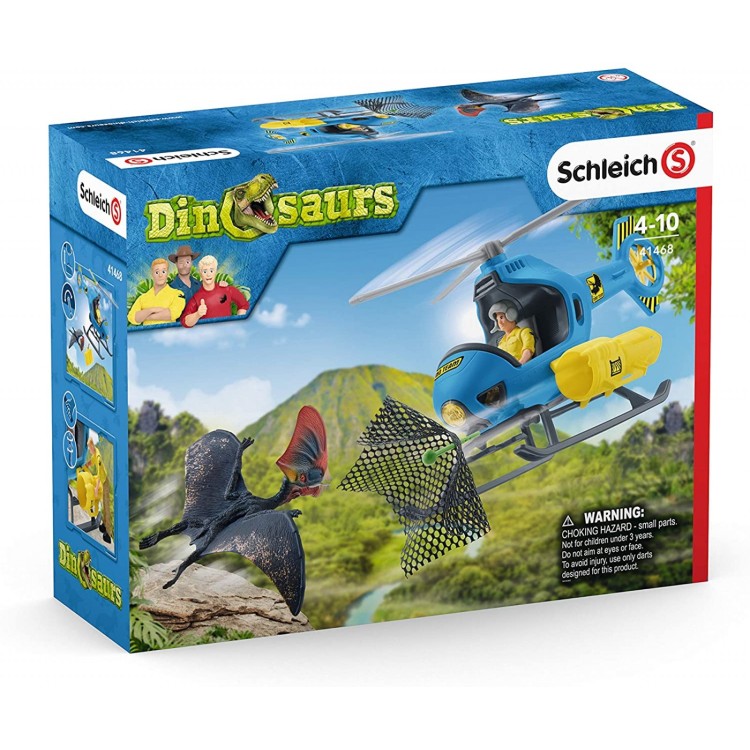 The helicopter from Schleich DINOSAURS Attack from the Air is perfect for following and catching dinosaurs from the air. Dino researcher Luis specially developed a tranquilizer cannon to be attached to the helicopter. Luis takes to the air to take a round flight in his helicopter. But be careful! A large Tapejara isn’t at all pleased to find the helicopter has entered its territory, and immediately takes chase. Luis skillfully uses the control stick to make a fast 180 degree turn. The Tapejara tries to swerve but Luis activates the tranquilizer dart and net perfectly. The dinosaur is caught and can be easily carried with the winch on the helicopter.Age 4+ 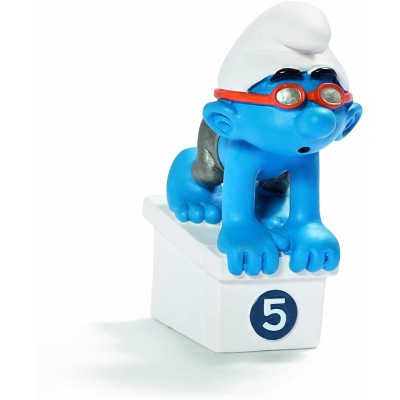 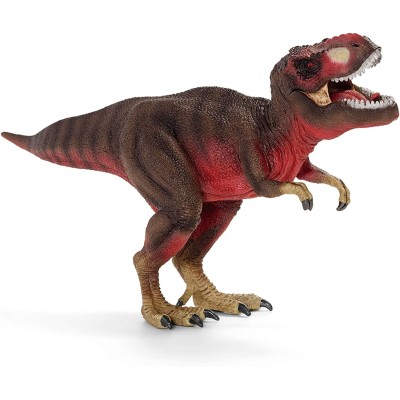 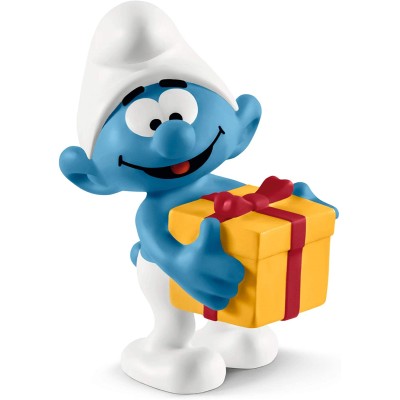 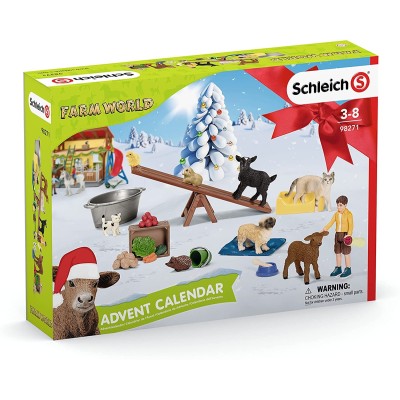