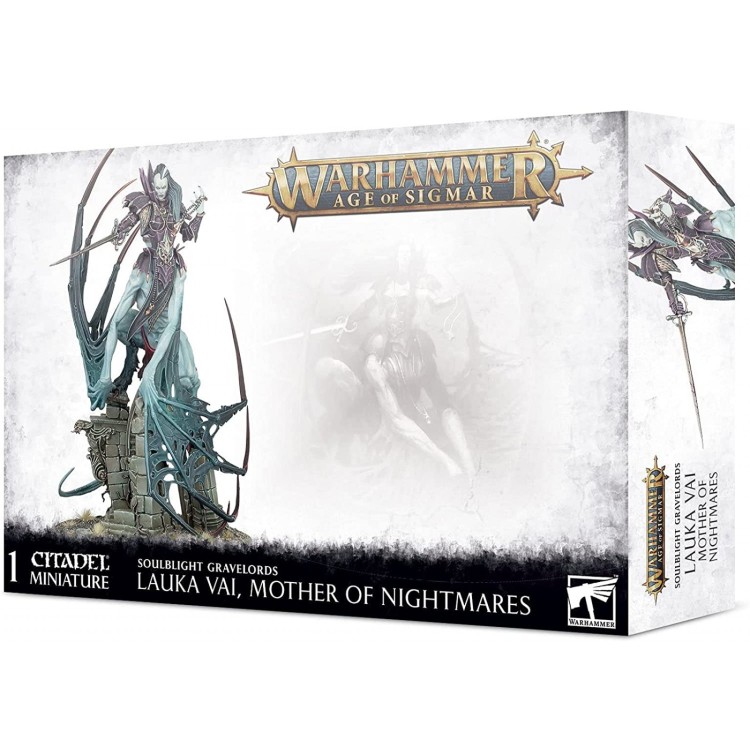 Warhammer Age of Sigmar Soulblight Gravelords Lauka Vai, Mother of Nightmares or Vengorian Lord
Once a courageous vampire-knight who, despite holding no love for Ghur's mortal races, refused to prey upon those weaker than herself, Lauka Vai's constant struggle against the hunger within was cruelly cut short while tangling with a Tzeentchian sorcerer. Upon falling into a pool of primordial ooze she returned in an altogether more monstrous form, slaying her fellow knights in a fit of rage before the red thirst could be quieted. Now found among the equally bestial Avengorii dynasty, she leads her fellow vampires with the dignity of a true warrior queen, all the while fighting an unwinnable war against her own base instincts.
Standing tall over the battlefield as a bestial mixture of bat-fiend, drake and vampire, Lauka Vai strikes down would-be challengers with ease befitting a noble knight in monstrous form. While she retains her wits and keeps her thirst at bay, fellow Soulblight monsters hang on her every word, but a deadly rage can descend at any moment and turn the Mother of Nightmares into a charging, howling whirlwind of carnage.
The kit is comprised of 39 plastic components, with which you can assemble one Lauka Vai, Mother of Nightmares, and is supplied with 1x Citadel 80mm Round Base. This model can alternatively be assembled as a Vengorian Lord. 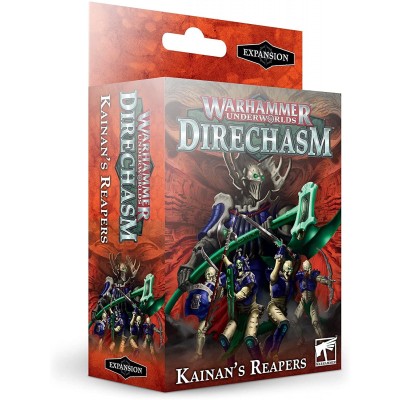 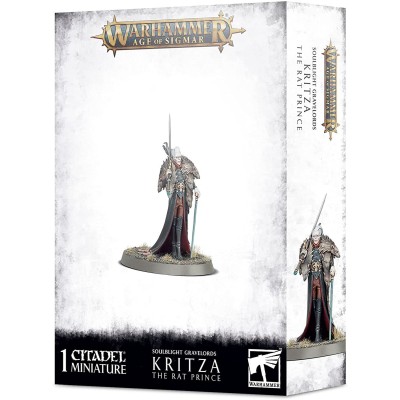 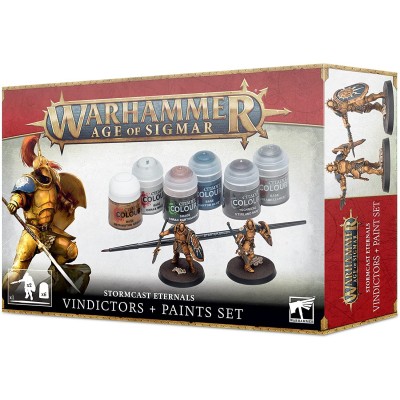 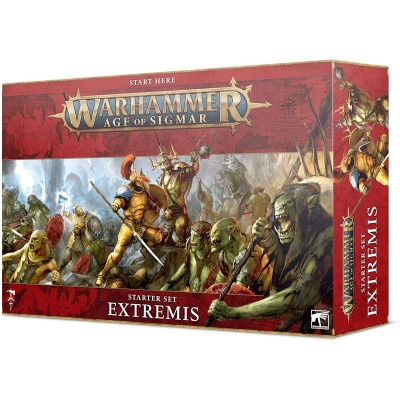