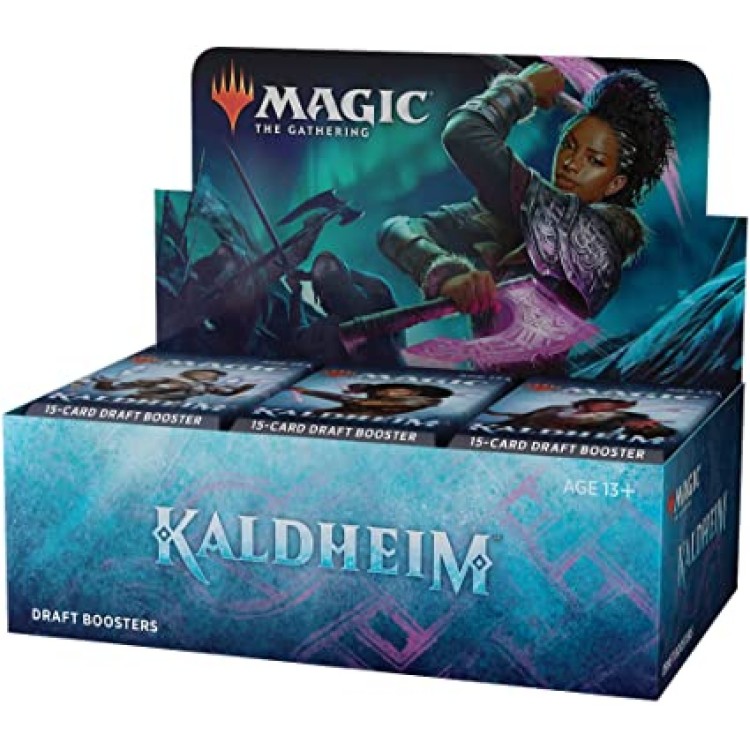 Battle through the brutal Viking world of Kaldheim in Magic’s most metal set ever. Draugr and demons, giants and shapeshifters—show your opponents what legends are made of with two powerful mechanics making their debut, Foretell and Boast. And unleash the power of Kaldheim’s icy expanse with the return of Snow Lands and Saga cards. Prove your worth to Magic’s new pantheon of Norse-inspired gods and save the World Tree from chaos.

Explore the icy expanse of Kaldheim with the return of snow lands and powerful snowmechanics. Get thirty-six snow lands—one in every Draft Booster Pack, each with a beautiful snow-dusted frame—and activate special abilities in snow cards throughout the set.

Saga cards also return to share gripping stories from across the Ten Realms. The frigid battlefields, brutal landscapes, and gnarly creatures of those tales fill the set.

There are rules, and then there are gods.

Modal double-faced cards are back! All twelve of Kaldheim's Legendary Gods have their own double-faced card featuring a permanent associated with that god on the other side—be it a weapon, familiar, or even a secret identity.

*Draft Boosters are not guaranteed to include God cards.

Your legend has been foretold! Kaldheim introduces two mechanics to Magic: The Gathering.

"That was nothing. I once took down a frost giant with a spoon!"—Dwarven Goldmaw Champion

In Kaldheim, boasting is both common and encouraged. Rowdy warriors goad each other into outlandish tests of strength and skill, bragging about their deeds as they perform bigger and better feats . . . or claim to.

After a creature attacks, you can activate their "boast" ability once that turn—adding even more flair to the tavern story that's sure to follow.

A storm cloud on the horizon, a group of six ravens flying south, the rumbling of the ground . . . the denizens of Kaldheim believe that the natural world is filled with signs of what's to come, if only you know how to understand them.

During your turn, you can pay mana to exile a card with the "foretell" ability from your hand, face down. You can then cast it on a later turn for its foretell cost.

Keep your opponent guessing, spread out your mana costs, wait for the perfect time to cast that counterspell, and bluff your way to victory. Only you know the prophecy of what's to come.

This box contains enough boosters to host your own booster draft event with friends simply add some basic lands and then you're ready to start building decks and playing. 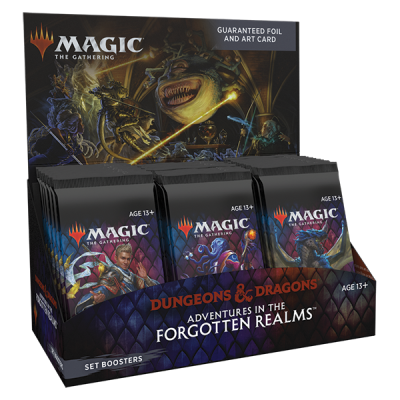 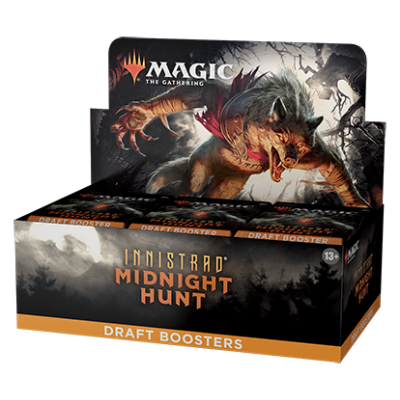 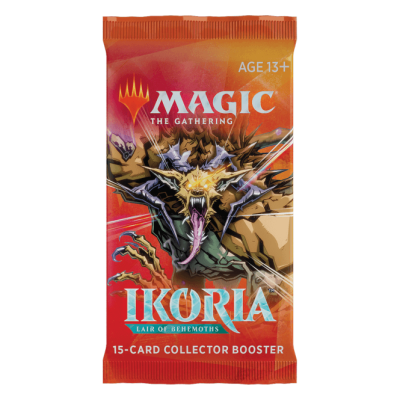 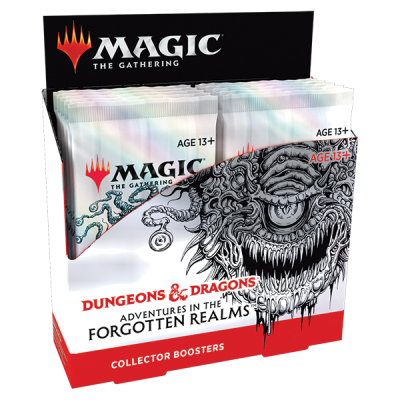