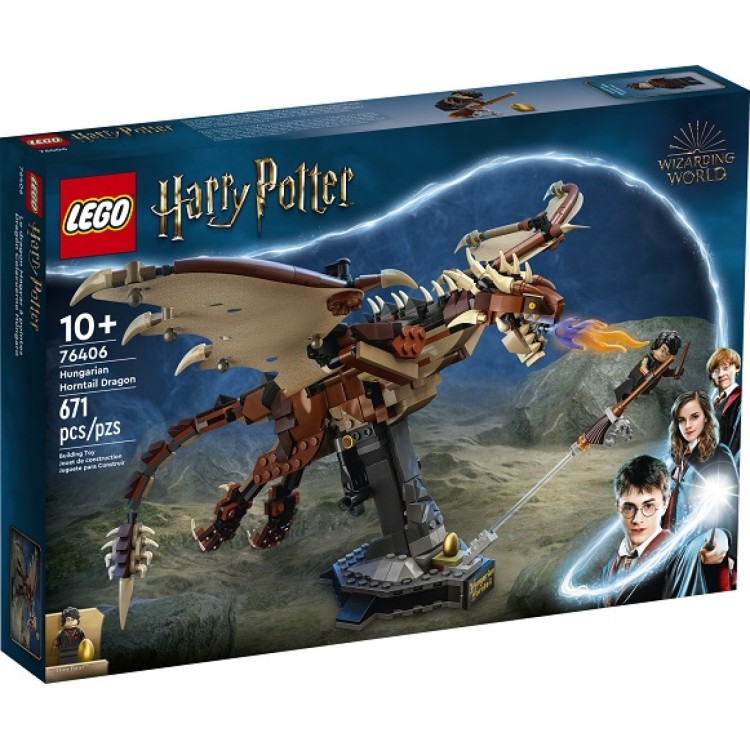 LEGO Harry Potter Hungarian Horntail Dragon (76406) lets fans of the magical films build, display and ‘fly’ one of the most dangerous dragons ever to have existed in the Wizarding World. This recreation of the legendary fire-breather is suitable for witches, wizards and muggles aged 10 and up.

This brick-built model recreates the black scales, spiked tail and fiery breath of the Hungarian Horntail dragon. The iconic creature is not only rewarding to build and impressive to display – kids can also operate the model’s realistically jointed wings.
A handle at the rear makes the wings flap gracefully up and down, displaying the beast’s full wingspan of over 40 cm (15 in.). The collectible figure stands on a sturdy base and is accompanied by a Harry Potter minifigure astride his broomstick.
Age 9+ 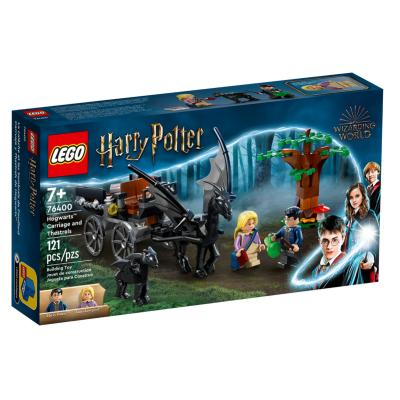 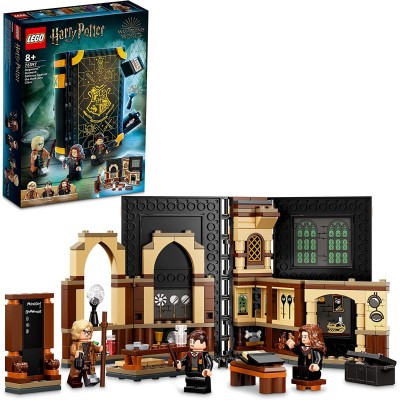 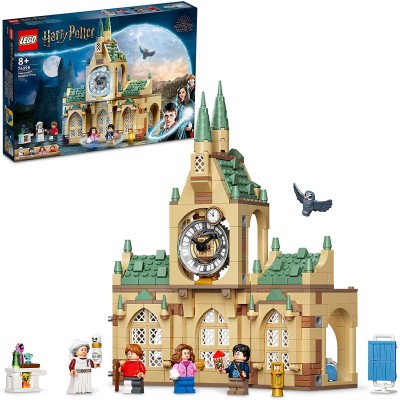 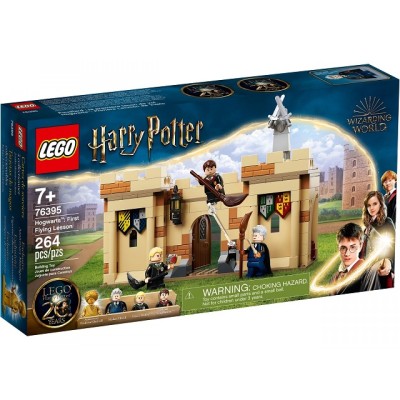