Dungeons & Dragons Tasha's Cauldron of Everything 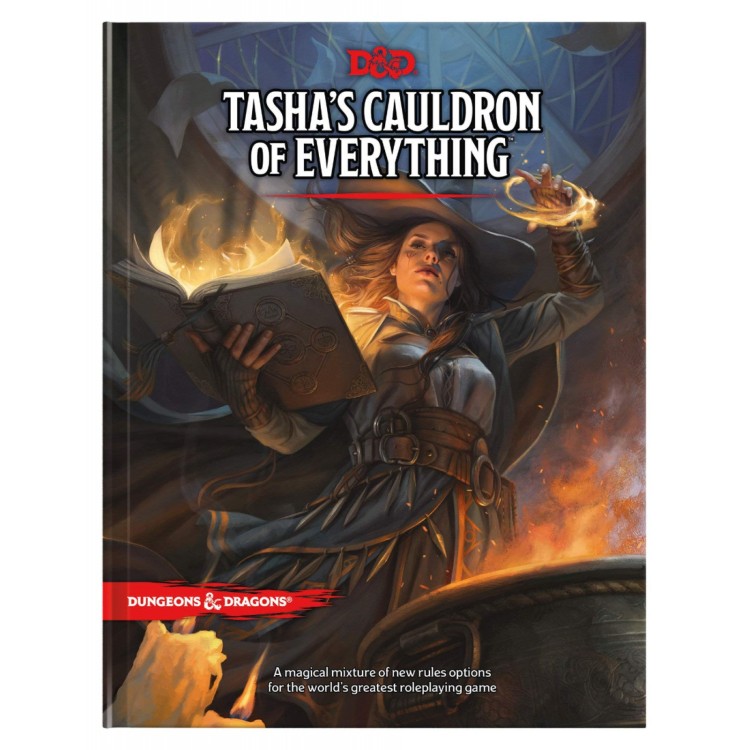 Dungeons & Dragons Tasha's Cauldron of Everything

What Wonderful Witchery is This?

Tasha has never been shy about sharing her keen insights, and this book is sprinkled with the archmage’s musings on everything from her wizardly rivals to the nature of the multiverse. Herein, she offers a taste of the great power that awaits adventurers everywhere!

Written for players and Dungeon Masters alike, this book offers options to enhance characters and spice up campaigns in any D&D world.

Create custom origins for characters that don't conform to their racial archetype. Change your subclass, replace a skill, or switch out a cantrip as your character evolves. Never one to go along with convention, Tasha's discoveries open up a whole new world of possibilities, giving players the options and flexibility to realize even more character concepts.

Barbarians who surge with wild magic as they rage, fighters with the power to move creatures and objects with their mind, and telepathic rogues who manifest their psionic power in shimmering, magic blades that leave no trace.

The wealth of added player options don't stop at character creation. Gain telekinetic powers, learn metamagic to alter your spells, or master the culinary arts with added feat options. Choose from even more fighting styles and expanded class spell lists. And further customize your character with different class features to choose from as you level up.

Tasha's Cauldron of Everything introduces more spells, artifacts, and magic items for player characters and monsters to use, including magic items that can be printed on one's body in the form of tattoos.

While Tasha's hideous laughter has garnered the most fame, Tasha's magical repertoire goes far beyond giggles and bad jokes. Learn from the creator of the Demonomicon herself how to summon fiends and other creatures without the risk of them turning on you and your friends. Try out her lesser-known eponymous spells: Tasha's caustic brew, Tasha's mind whip, and Tasha's otherworldly guise. And harness the power of the mind with psionic spells like intellect fortress and mind sliver.

Blending magic and artistry with ink and needles, magic tattoos imbue their bearers with wondrous abilities. Use your tattoo to cast a particular spell with charges instead of spell slots. Grapple or damage creatures with inky tendrils. Or do extra damage with your weapon attacks. Tattoos come in all sizes and rarities. Just think twice about your choice of design or you may find out the real reason wizards wear robes.

A Dungeon Master employs many tools when preparing and running a D&D campaign. Tasha's Cauldron of Everything adds to your toolbox with guidance and optional rules for a variety of situations, plus a selection of ready-made puzzles that can be dropped into your campaign.

Statues that sing, animals that whisper secrets, clouds that speak their mind—bring adventure settings to life with tables full of fantastical effects adventurer's might face while journeying through supernatural locales. You'll also find rules for a variety of magical and natural hazards—from eldritch storms on the high seas to mundane avalanches that are no less deadly.

Whether it’s a goblin with a heart of gold or a much-needed translator, parties often adopt non-player characters. In this book you'll find rules for creating sidekicks with three simplified class options: Warrior, Spellcaster, or Expert. These classes can also be a great way to introduce new players who want to start with a simpler character.

Meeting a monster doesn't have to spark a fight. Often food or an offering can calm a hostile monster, and sapient creatures would often prefer to talk than to draw weapons. Whether it's flattering a beholder, mimicking a mating dance, or offering bubbly liquids to an ooze, this book includes tables full of creative ways players might get on a monster's good side.

Devious traps and multifaceted mysteries might be staples of fantasy adventures, but they're not the easiest challenges for a DM to present on the fly. This book presents a selection of puzzles designed to invite group participation and challenge adventurers of any stripe—from genius scholars to martial masters. Each puzzle includes player handouts, a difficulty rating, text you can read aloud to your players, tips for providing hints, and advice for customizing the puzzle to fit the needs of your adventure. 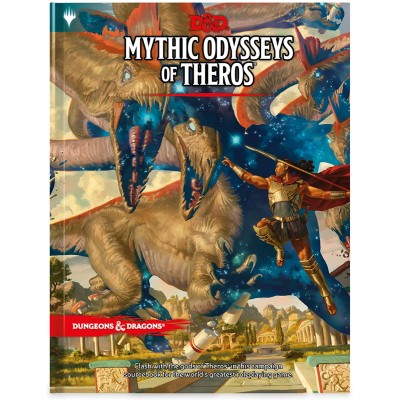 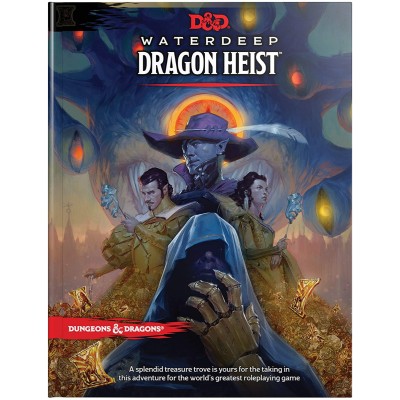 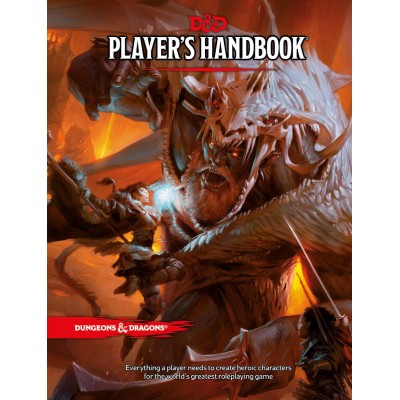 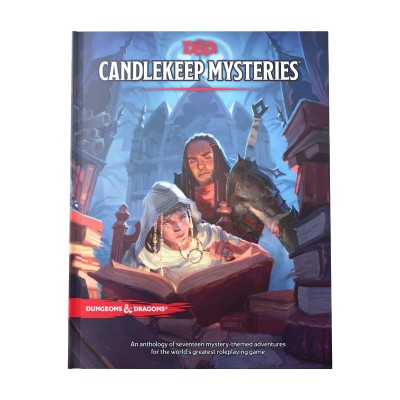