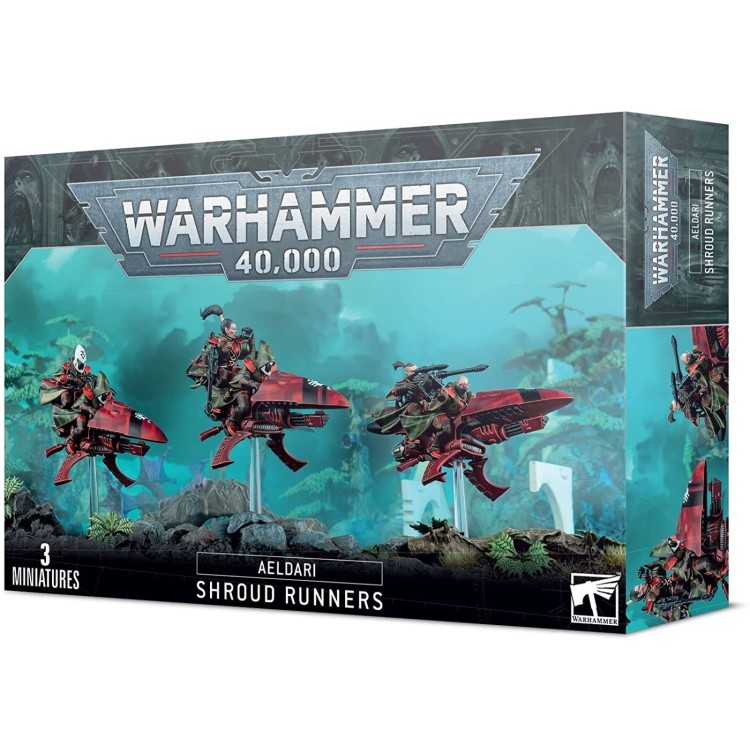 Streaking into battle at speeds that render them barely visible to human eyes, Shroud Runners effortlessly outmanoeuvre their enemies while harassing them with pinpoint sniper fire. Each jetbike acts as the mount for a pair of skilled Aeldari Rangers, the pillion rider often entering a marksman’s trance so as to aim and fire while travelling at incredible velocity.

This kit builds three Shroud Runners – jetbike-mounted scouts that excel at disrupting enemy lines with their Ranger long rifles and scatter lasers. Options are included to construct riders in alternate poses – one pillion rider can be built firing a shuriken pistol or looking through binoculars, while one pilot can be assembled aiming a shuriken pistol or throwing an Aeldari tracking device as they steer their bike. The kit also comes with a choice of 4 Ranger helmets, 3 unhelmeted male heads and 2 unhelmeted female heads. 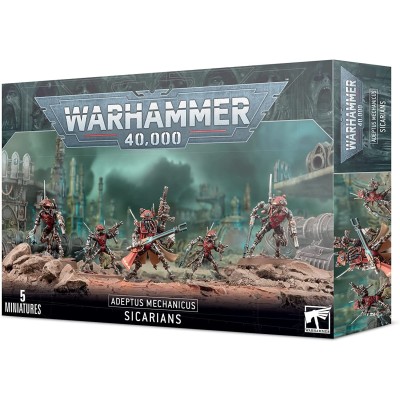 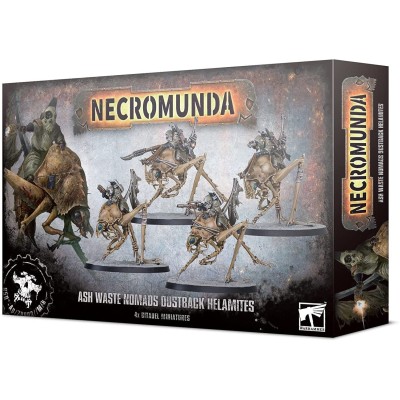 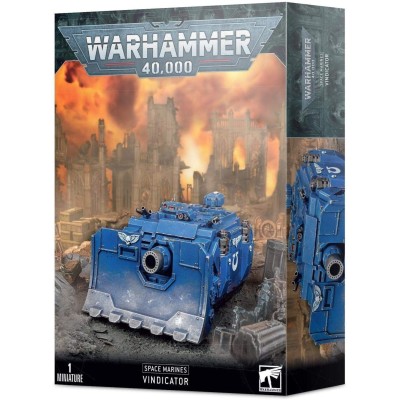 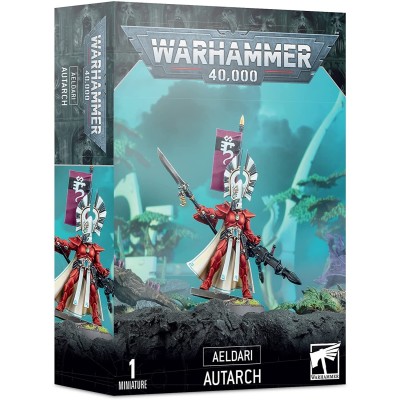